She is a DJ / Producer making her own music, remixes and DJ-ing in clubs. She also presents two weekly radio shows, A Darker Wave and Draw The Line  Radio Show.
------

Jacki-E is a DJ / Producer from Northamptonshire in the UK. With her partner, P-Mac, she has her own weekly radio show, A Darker Wave, in which she plays the best in new underground techno. She has recently started a second show, Draw The Line Radio Show, which features the amazing music being made by women DJs and Producers and which is showing that the overwhelming male bias in festival and club line ups and in set track lists is totally unnecessary.

She has played DJ sets in clubs in Germany, in the Midlands, on the South Coast in Brighton and Worthing and in London, Birmingham, Bristol, Liverpool and Manchester.

Jacki-E's influences are the techno, deep house, jungle, dnb and the ethos of the acid house raves and festivals of the early 90's. If you listen carefully you can hear the underlying stories which have influenced her in her preference for the darker edge of electronic dance music.
------

Jacki-E Interview & Mix - Sisu Presents in the key of she

Jacki-E talks about remixes, her new releases, her radio shows, and gender imbalance in dance music.  There is also a first exclusive play of three new unreleased original tracks by Jacki-E, "Don't Come Back" "Acid Chaos" and "Beat Addiction" (the latter being a colllab with Mime Sayan).

No upcoming gigs at the moment 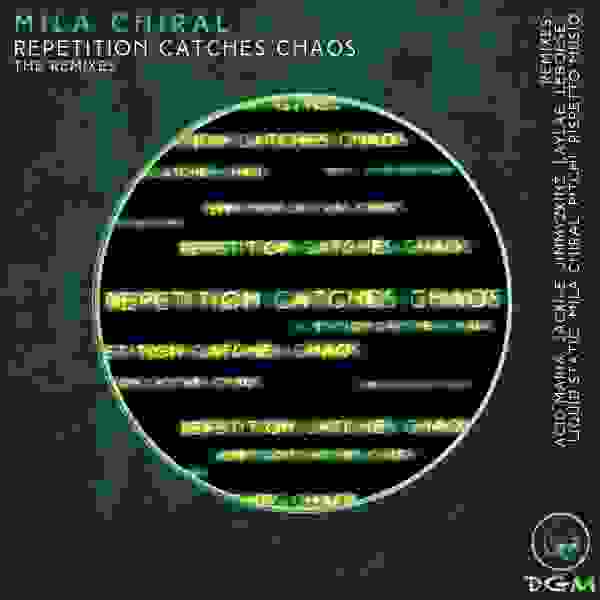 Jacki-E's next release is her remix of Repetition Catches Chaos by Mila Chiral,

She says, "I wrote this in Jan 2020 when I was in Australia & it was the worst ever Bush Fire season. Sydney was covered by a dense smoke haze. I completed it in Hong Kong Airport. Covid19 was being seen outside China. The chaos was coming.

Jacki-E's next release is her remix of 'Rush Hour' by Liquid Static, which is to be released on Dead Groovy Music on 24th April 2020. Pre-orders open now on Beatport. Click on 'Find out more'

This was an entry into the remix competition run by Hoopski & Finish More Music.

The original is a deep tech track with a haunting melodic theme and beautiful chord progressions. Jacki-E added vocals, stabs and extra synths.

This was an entry in the remix competition run by Jacky & Get Booked Academy.

It's a bouncy Tech House number to which Jacki- added her own drums, a funky guitar lick and additional rhythmic elements.

Jacki-E's remix of Silence of the Sands

Release date 17th October 2019 on Beatport & Spotify and from 31st October 2019 on all other major download sites, Jacki-E's Sands of Time remix, feat P-Mac, of Silence of the Sands by Quint S Ence. Layers of new meaning are added over a dance floor orientated rhythmic foundation.

Release date  18th July 2019 on Beatport and all major download sites, Jacki-E's remix  of Human Robot by The SloaneRanger as part of the Human Robot EP on  TheSloaneRangerProductions label. Truly a song for our times.

The Kid Inside - One Way Forward (Jacki-E remix)

Jacki-E remixes 'One Way Forward' by The Kid Inside for DeepDownDirty.

An irrrstible beat, new vocal parts and additional  synths add a different dimension and emotional appeal to the original.

Eric Louis is from New Jersey and has released on the seminal NYC label, Nervous amongst others. He’s topped online sales charts with his well-schooled US house sounds and draws on early experiences attending legendary clubs like Sound Factory. Here he works with Jacki-E, who recently retired from a professional career and now focused on her weekly techno radioshow ‘A Darker Wave’. Together they offer up a new single that is destined to keep dancers warm this autumn and winter.

The nimble and light footed ‘Marionette’ is a succulent house cut with gooey bass doing gymnastics. Neon synths rise and fall throughout, taking on different shapes and sizes while that busy bassline keeps you moving. It’s a track with numerous peaks and troughs that just keeps on pulling you in.

Jazzuelle is at the heart of the current Get Physical picture thanks to his spiritual deep house EPs and two excellent albums. His super Spaced Out Dream Remix is just that— a deep cut that has you gazing off to the distance with glazed eyes. Sci-fi synths float by like spaceships in the night and pensive keys add a layer of emotional depth.

Last of all Jazzuelle turns in a fantastic 6AM Disco Mix that has freaky stabs and filtered drums making for a playful mischievous mood that is designed to get the attention of the late night party animals.

This is a trio of terrific house tunes which all have their own unique qualities.

This is a trio of terrific house tunes which all have their own unique qualities.

Listen to some great mixes and DJ set from jacki-e

All the media links to find everything Jacki-e

A Darker Wave produced for radio by Sergio Erridge